The indigenous beauty of India in Varanasi 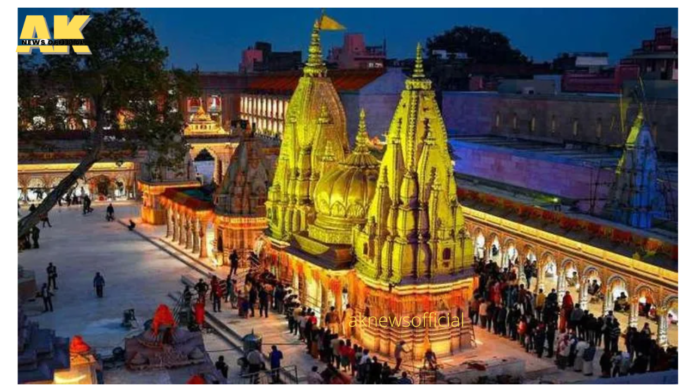 Varanasi, Banaras, or Kashi is the most ancient city of India with thousands of temples that’s why it is also called a city of thousands of temples. It is situated at an elevations of 80. meters on the banks of river Ganga in Uttar Pradesh. Varanasi is the divine of the rescreened cities in Hindu People believe that if one dies in Kashi one gets moksha. According to Hindu mythology, the Varanasi city was founded by Lord Shiv and it is believed that the Kashi is on the trident of Lord Shiva, not the ground. The ancient saint Tulsidas wrote his epic poem ‘Ram Charita Manas’ on Rama’s life in Var Famous famous writers like Kabir and Ravidas reseeded in the ty. Varanasi is rich in culture and heritage, with the city’s meandering streets are some 2,000 temples adding Kashi Vishwanath Temple, the golden temple dedicated to the Hindu god Shiva. Being a famous culture and religious center the city draws large attention of foreign visitors every year.

Varanasi is well linked to other major cities of the country via regular flights. The major airport of Varanasi is Lal Bahadur Shastri Airport. You can also choose the regular train from other major cities of the country linked to Varanasi junction or Varanasi cant. The railway station serves the largest railhead in the city. Varanasi city has also a wide network of roads that connects it to major cities of Uttar Pradesh via National Highways 2,7, 29, and 56. You can take a bus or hire a private taxi, can or drive down to Varanasi.

I would say the best time to visit the city is from October to March. If the heat doesn’t bother you much and you want to witness the spiritual activities and celebrations then you can also add the month of April and May, because they are the colorful months of Varanasi. Winter is also a good time to visit ( November to January) this is the time when you can easily explore the city without getting tired. The temperature is around 5°c.

You can book hotels near the ghats of Varanasi so that it becomes easy for you to get around the city. But in my view, hostels are also a good option to stay in as it is less expensive and provides you with good facility like free wifi, air-conditioned and free breakfast. We stayed at hostel Wander Station which is located near Dashwamedh ghat. Many hotels are available with good accommodation facilities. So, you can choose according to your preferences.

What to eat, where to eat :

I would suggest you to experience the street food like Dahi Bhalla, Gol Gappa, kachori jalebi, tamatar chaat. I must say you will enjoy this scrumptious street food. You can also try dosa at the dosa café. When I went to Varanasi I visited Thet Banarasi Bati Chokha restaurant near Assi Ghat and it was a good experience as the restaurant serves the traditional awesome food culture. You must try Bati-chokha and kheer there. It will also give you the beautiful view of river Ganga and Assi Ghat. If you love local cuisine of Varanasi like chaat then you must try the place Deena Chaat Bhandaar and Bhaukaal chaat.

How to get around :

You can get around by walking or by taking an auto-rickshaw, e-rickshaw or cycle rickshaw. You can choose auto-rickshaw because rickshaw drivers are locals and they know about the city well and they help you to wander most of the places.

It is one of the most popular temples of Lord Shiva and the 9th richest temple in India. More than the Ghats and even the river Ganga, the Shivalinga installed in the temple is the main devotional focus of Varanasi. But you can’t click pictures because phones and cameras are not allowed here.

The oldest temple in Varanasi has great historical and cultural importance. Especially among the local people. It is believed that the Kaal Bhairav is a form of Shiva who wears garlands of skulls and even death is afraid of Kaal Bhairav. Kaal means both ‘death’ and ‘fate’ and it also means the one whom even death fears. Here, also the cameras and phones are not allowed.

The temple is of Lord Hanuman. It is the most prominent temple and is situated on the bank of the Assi river. People place sindoor on the lord and offer special sweet ‘besan ke ladoo’ as prasad. Phone and cameras are prohibited in this temple.

Also known as Durga Mandir is one of the most famous temples. The temple is dedicated to the goddess Durga. There is a kund next to the temple which was connected to the river Ganga earlier. It is believed that the appearing idol of Maa Durga was not made by a person but appeared on its own in the temple.

Assi Ghat is one of the most famous ghats in the city of ghats Varanasi. Which is located in the banks of the river Ganga. More than thousands of pilgrims visit here every year to bathe in the holy water at the ghats before paying homage to Lord Shiva. There is an aarti ceremony held in the morning that gives you a spiritual feeling and happiness and the sunset and sunrise view are so so beautiful as it seems that someone making a painting on the sky. Also, don’t forget to taste kulhad chai here.

Through boat ride, you can cover almost all the ghats of Varanasi and can take a look at the oldest cities in the world at a comfortable distance. The boatman describes to you the story of every ghat which can be an unforgettable experience for you.

Try Banarasi Paan at Assi Ghat. It is of betel leaf with filling of cloves, tobacco, dried coconut and areca nut. There are varieties of paan available at the ghats and it’s worth tasting.

This dessert have great taste with saffron milk flavoured foam and vendors offer this in a kulhad. You should also try Lassi with toppings of dry fruits and malai.

Is Varanasi worth visit :

Yes, Varanasi absolutely worth visiting. If you visit this place you can witness the rich history and culture of the place. Once you visit there you can’t easily forget about Varanasi and you will like to come here again and again to experience the ghats, temples, street food, Ganga Aarti and beautiful sunset and sunrise.